Review: The Witch and the Hundred Knight (PS4) 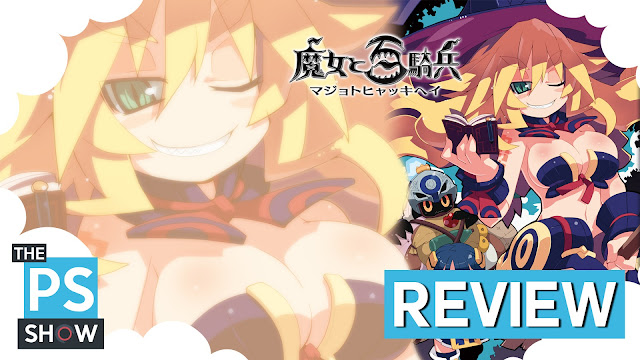 I'm not the biggest fan of jrps. It always seems like it's a ton of grinding and a story that is impossible to follow, so boy was I surprised when I started playing The Witch and the Hundred Knight and liked it . . . more than I should have.


Maybe it had something to do with a Frankenstein looking robot Butler that constantly tries to kill the main character, or the cute Hundred Knight that does whatever evil the forest witch Matillia tells him to do. It could be the fact that there are scantly clad anime females everywhere and one that has turned into a female human dog thing and kept nakedly enslaved in the swamp outside the witch's house. Any one of those things may have you hoping on the PSN to purchase this game right away and I couldn't fault you, it had me a female-dog human thing too. 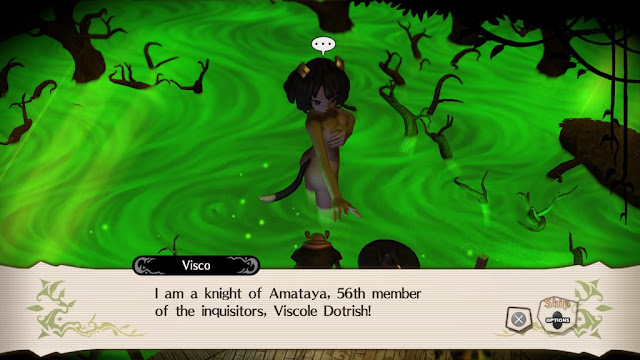 The Witch and the Hundred Knight is an action JRPG with a lot to offer. Basically it's all about the dungeon crawl. Find your way deep into the stage and level up your character, weapons and get that loot and then do it all over again. They attempt to tell a story about a witch that wants to take over blah, blah, blah. All you need to know is she's evil, annoying and you wish you could slap her every time she speaks. Sometimes, okay most of the time, the conversations last way too long and by the time you "x" through the cut scene you've either fallen asleep or forgotten what you were doing. Thank goodness for the oh so welcomed skip button. Every now and then, mostly when the witch isn't around, you watch the butler dead-panning a joke about killing the witch off and these are welcomed moments. 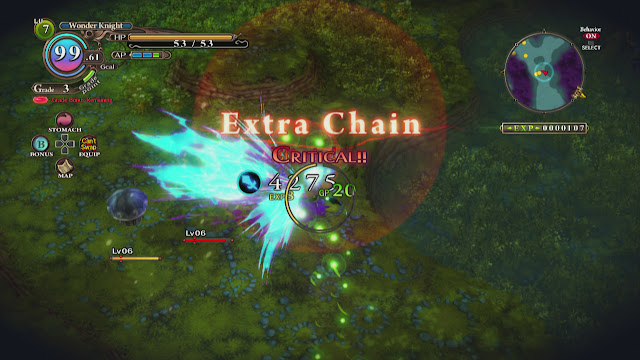 While the story isn't The Canterbury Tales, the rpg elements are pretty good. You can chain up to five weapons, and with different rarities, it's an ever evolving mash-up of color when you land your attacks. There is also a facet system, that allows you to change your style of play and can be geared toward your weapons of choice. The GCals system is where it gets a bit unique. This system is basically a counter that draws down based on your actions. The more you move and attack the faster the GCals deplete. They can get refilled but be sure to have enough before going against the boss of each area or you will be doomed to defeat.

The Witch and the Hundred Knight is for those of us you love the grind of an anime styled action rpg. I'll admit it's not for everyone, well it's not for most, but there are a few of us out there that love action oriented gameplay mixed in with a bit of leveling, and a lot of loot. Throw in a boob shot from time to time and you have an above average JRPG. 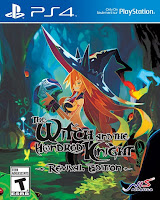