Martha Is Dead takes place in 1944 Italy, A dark time in history serves as the backdrop for a story centered around twin daughters, Giulia and Martha, of an Axis general. The game has a narrative style that keeps the player on their toes and constantly questioning the scenarios playing out before their eyes. Martha is Dead has all the making of being a divisive game that garners a cult following, unfortunately a myriad of technical issues get in the way of the game truly reaching its peak. 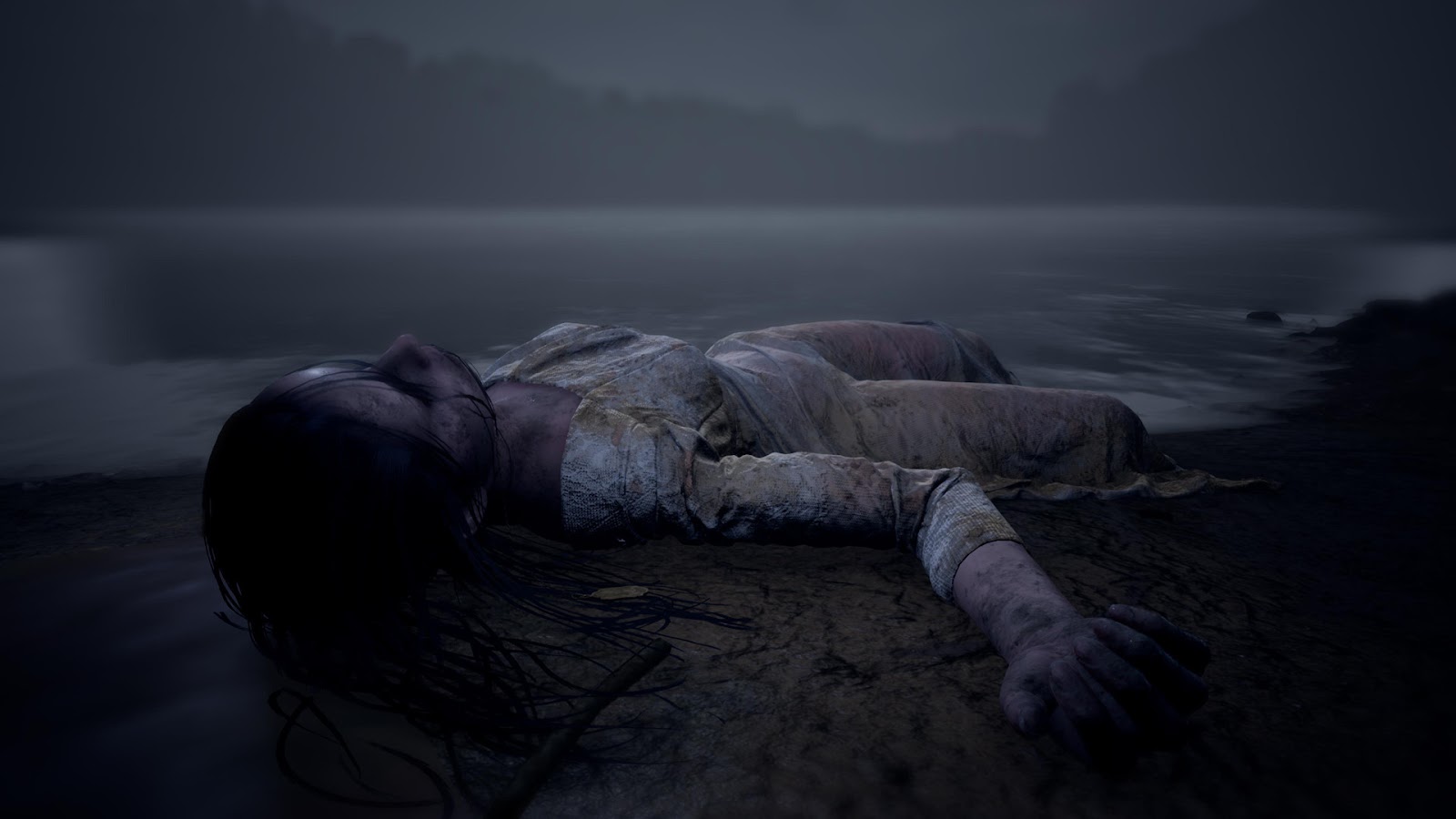 Martha Is Dead is a first person psychological horror adventure game developed by LKA, a small 10 man team that previously worked on The Town of Light. It’s what some people would label as a “walking simulator,” as most of the gameplay consists of exploring the environment and interacting with objects. LKA does a great job of immersing the player in the world of Martha is Dead. One small touch that helps maintain that immersion is that most items in the environment can only be interacted with one time. This prevents a lot of repeating dialogue that breaks that immersion. Another such example is when you make dialogue options during a phone call and are unable to go back and try the other dialogue options. I was unsatisfied with the response I got during a phone call, so I attempted to call back and try again, Giulia hung up the phone when I tried to redial the number, making a remark about there being no point in calling back. 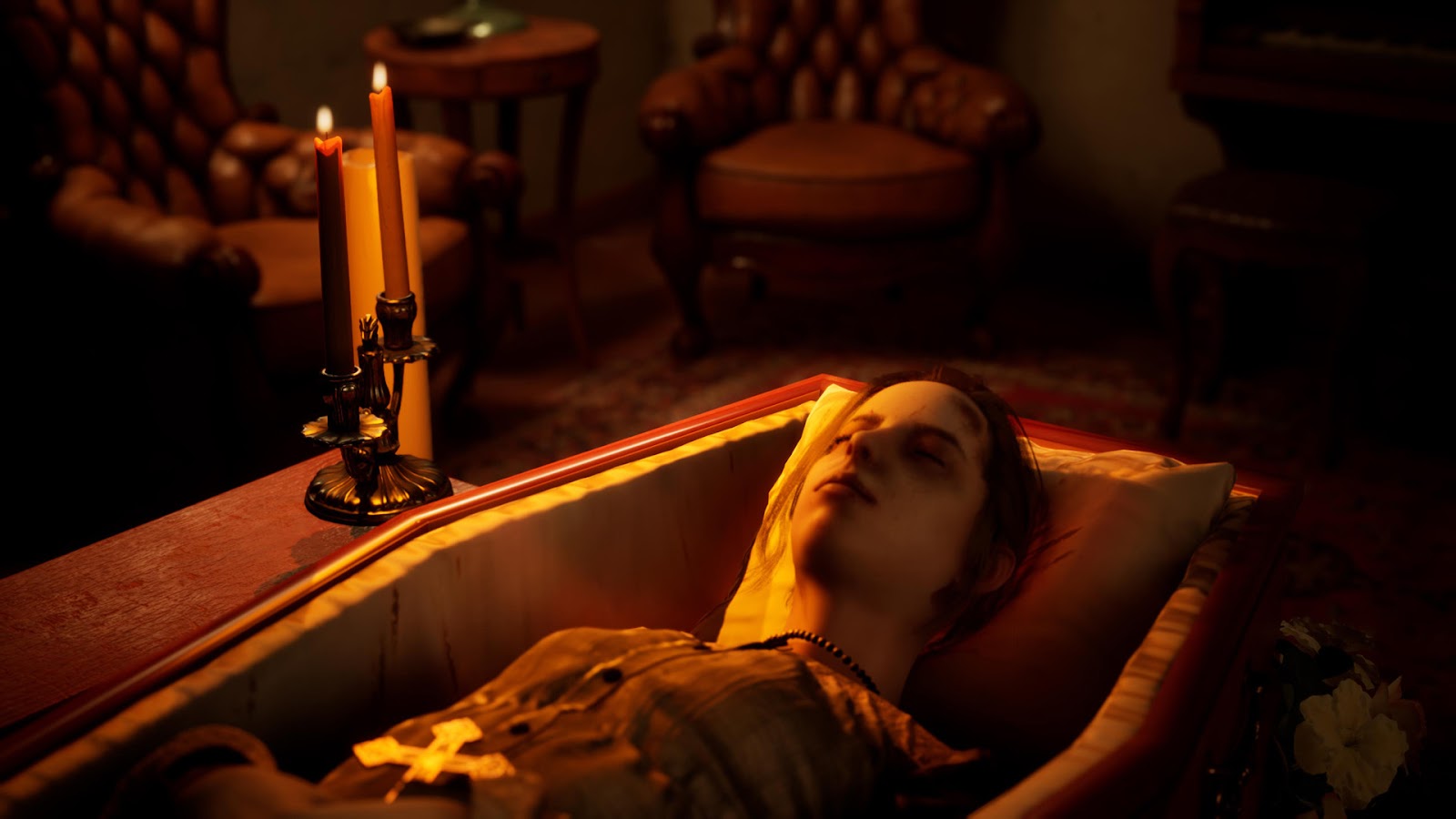 These phone call segments are one of the few interactions you will have with another person in the game. Martha Is Dead is a very isolated experience. You see and experience the world through the eyes of Giulia. Giulia will recollect events that happen off screen through narration or diary entries. Leaving the player to hear one side of the story. As a result, everything has been filtered through an impartial mind before it reaches the player. This is a central theme of the game and results in the game being very open ended about what is reality and what really transpired. As a result, the ending will feel unsatisfying to some while fueling theory essays for others. There are newspapers and radios that help the player understand what is going on around them, as well as various notes or photographs. These are the most unbiased sources for information.

Speaking of photographs, that is one of several minigames that help bring variety to the gameplay. Giulia is able to take and develop photographs that help her understand things as she begins questioning her own memory as the story progresses. The developers make sacrifices in the realism of the photograph development process in 1944 for the sake of the players' sanity. This was also done for making phone calls on a rotary phone, as phone numbers are shortened to four digits. I want to give kudos to the developer for making these efforts, but also scold them for not going far enough to simplify a telegram minigame. Throughout the game, you will take on sidequests, one such quest line has Giulia communicating back and forth using a telegram machine. Interpreting morse code sounds novel, and it felt satisfying to get it correct, but then I had to do it again, and again, and again. By the end of the ordeal, I was starting to be able to translate without using the provided cheat sheet, and that’s not a good thing. 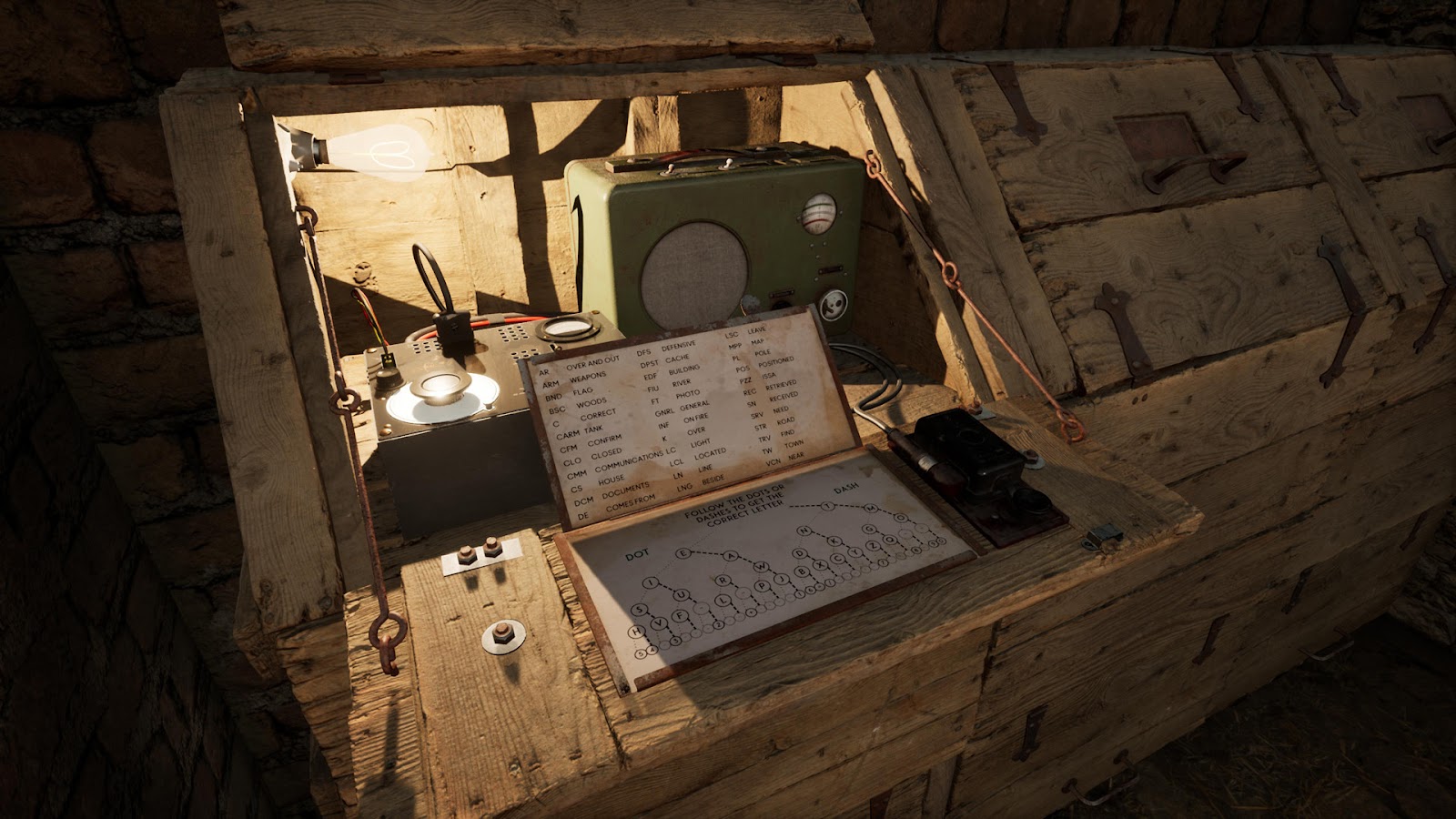 Now about those bugs I mentioned earlier. I completed the game on the PS5 and completed half a playthrough on the PS4 version, both times I experienced unique bugs. The most damning one happened on the PS5. The game stopped being able to save. The game clocks in at about 5 to 6 hours and the PS5 has a sleep mode feature. In conjunction these things make that bug less of a big deal. The problem is that the game constantly autosaves, making the experience unplayable. I was getting constant error messages every time I walked through a door, it felt like I turned off my ad blocker to download a file on a shady website.Needless to say, a big deal for a game that relies on immersion. I had to restart the game on 3 separate occasions when this issue happened. Another bug I experienced was the inability to open my inventory, I couldn’t tell if this was on purpose or not. I was trying to access my inventory for a light source in a dark room, before realizing it was bright and sunny outside and I was standing next to an open door. The lighting was just broken and some textures were missing altogether. In the PS4 version, the bugs were just as puzzling. The camera shot button would randomly swap between R2 and square without explanation. It’s purely coincidence that I figured out to try square, all tutorials and controller configurations point to R2 being the button, as well as my PS5 playthrough, where I never experienced this issue.

A few common bugs I saw in both versions, the controls when taking a picture do not allow the player to walk forward, only backwards. So I found my own solution to this was to do a 180 and walk backwards. Last bug I want to mention is the subtitles getting stuck. Sometimes they would stop advancing or just get stuck on the screen during down time with no dialogue. This problem is amplified by the game defaulting to Italian voice overs, for realism and accuracy to the setting. It was the main reason I went against the developers suggestion, and the English voice overs are not too bad. The dad stands out like a sore thumb, but his lines are thankfully minimal. As previously mentioned, Giulia will do a majority of the talking, and her English voice actor did a great job. The developers have committed to a day 1 patch which will hopefully fix most of these issues. 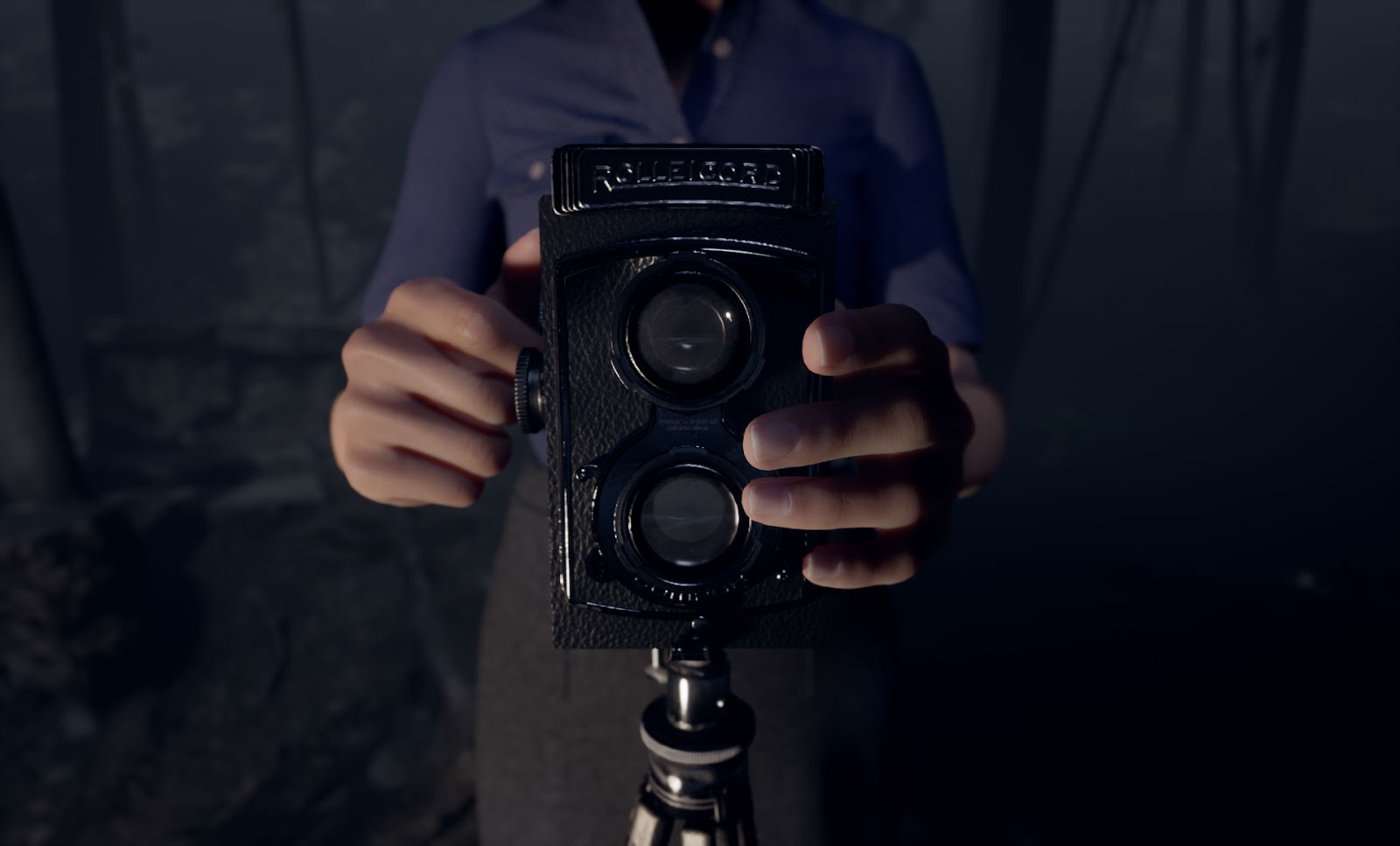 There’s one last elephant in the room I need to address. A week prior to release, Martha Is Dead has been making headlines for being censored on the PlayStation platforms. Before I go into detail about what this entails, I’m happy to say, this was overblown, the changes are minimal and have no impact on the game. During the course of the game, there’s two very graphic violent scenes; these scenes still exist on the PlayStation platform in their entirety. The difference is that they’re not interactive, they play out like a cutscene, and they can be skipped during the game. In fact, the game asks you when you start up a new game if you’d like to turn on “censored mode” or not. Censored mode is the same game but it automatically skips those two cutscenes and adds strategic blur effects in another scene. In addition, there’s a disclaimer about a suicide hotline at the beginning and end of the game. I believe having that disclaimer appear twice is unique to the PlayStation platform and it only appears once on other platforms, but don’t quote me on that. I am going off what I read as I don’t have the other versions to compare it to. The last change is the removal of dialogue that involved masturbation. I again don’t know where this dialogue would be and it didn’t affect my enjoyment of the game.  Although I’m largely against censorship, I will say it’s refreshing to see graphic violence be censored for once rather than sexual content. But I wont get on my soapbox about how desensitized we are to violence and demonize sex. I would still recommend the PS5 version over other versions because of how fantastic the haptic feedback feature is to a game like this that relies on immersion. It was another glaring difference I noticed when playing the PS4 version, on top of the big graphical disparity. What I’m trying to say is, don’t play the PS4 version, you’re doing yourself a disservice.

I went into Martha Is Dead expecting a typical horror adventure with some jump scares thrown in. This experience is not that, and it stands out in a genre that has become a favorite of many indie devs. I look forward to seeing what LKA will work on next. 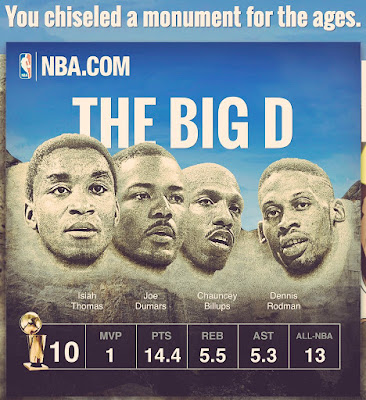 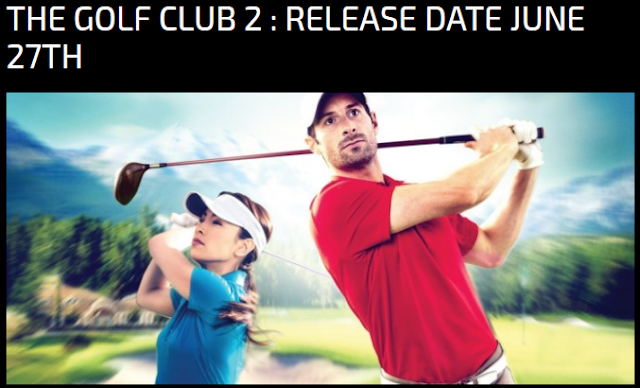