Super Bullet Break is a turn based strategy game with a hint of roguelike elements all wrapped in a Japanese waifu exterior. I feel like that sentence is gonna tell most people whether or not they’ll enjoy this game. So let's talk about what makes this game different and stand out from a sea of games that have a similar description.

The story is as cliche and presented in the most lazy way possible. Through static cutscenes and tons of dialogue, the characters even make references to how boring all the dialogue is, which doesn’t make it any less boring. But, you do get a handy skip option that solves this problem for those who want to get into the meat and potatoes of this game. 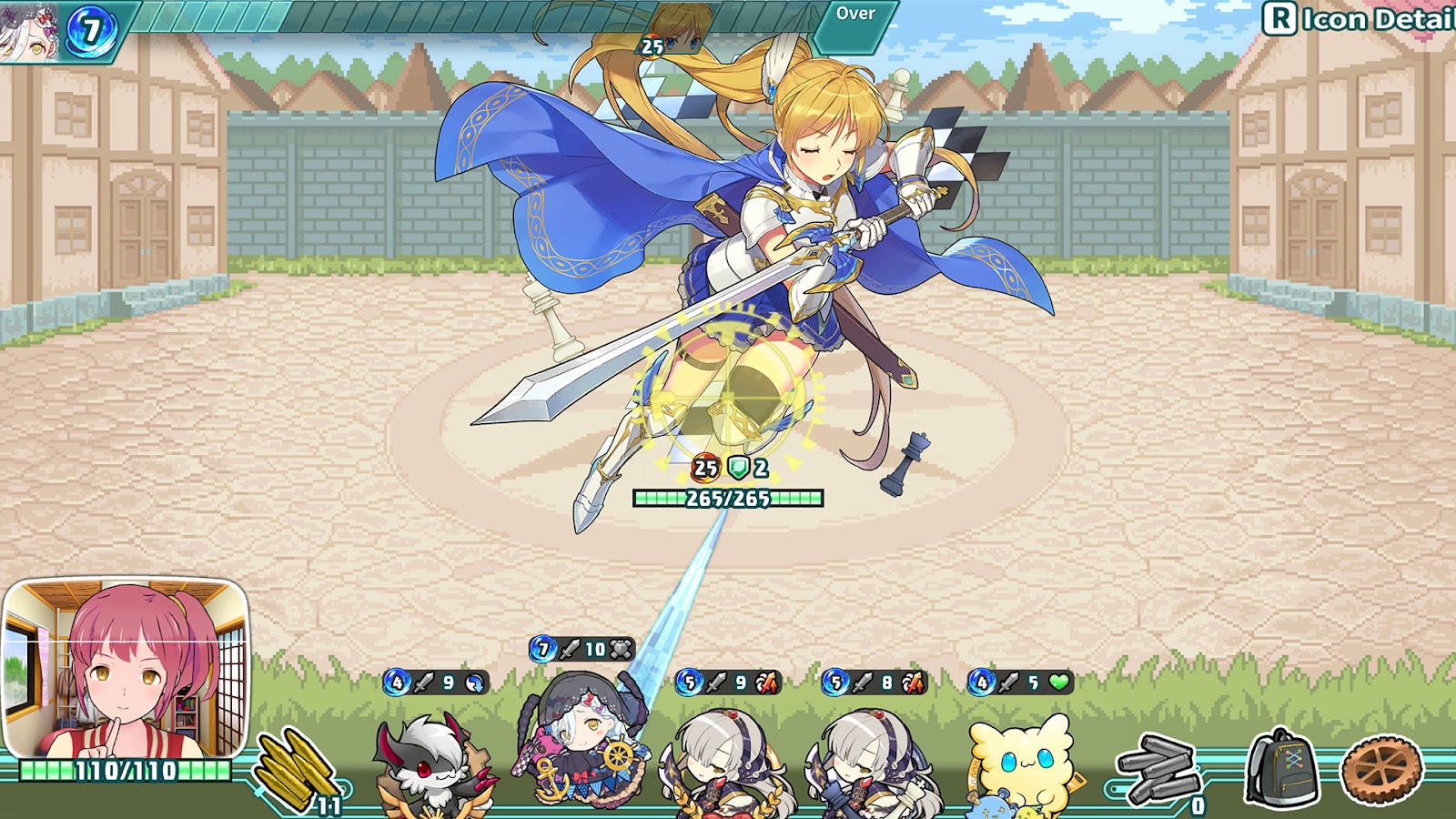 Super Bullet Break is broken up into 7 levels with unique themes inspired by different game genres. These themes have “bullets” that synergize to fight together. Bullets are what the games equivalent of cards are called. See each playthrough you begin with a premade deck consisting of cards, or bullets, that are made up of the cards fitting the world theme. You are dropped in a grid stage with branching paths that trigger random events that can help or hurt you as you make your way to the boss battle. These random events include gaining items and new bullets to add to your deck. There’s also a chamber mechanic that makes each bullet feel unique by giving it an extra effect to differentiate it from duplicates in your deck. 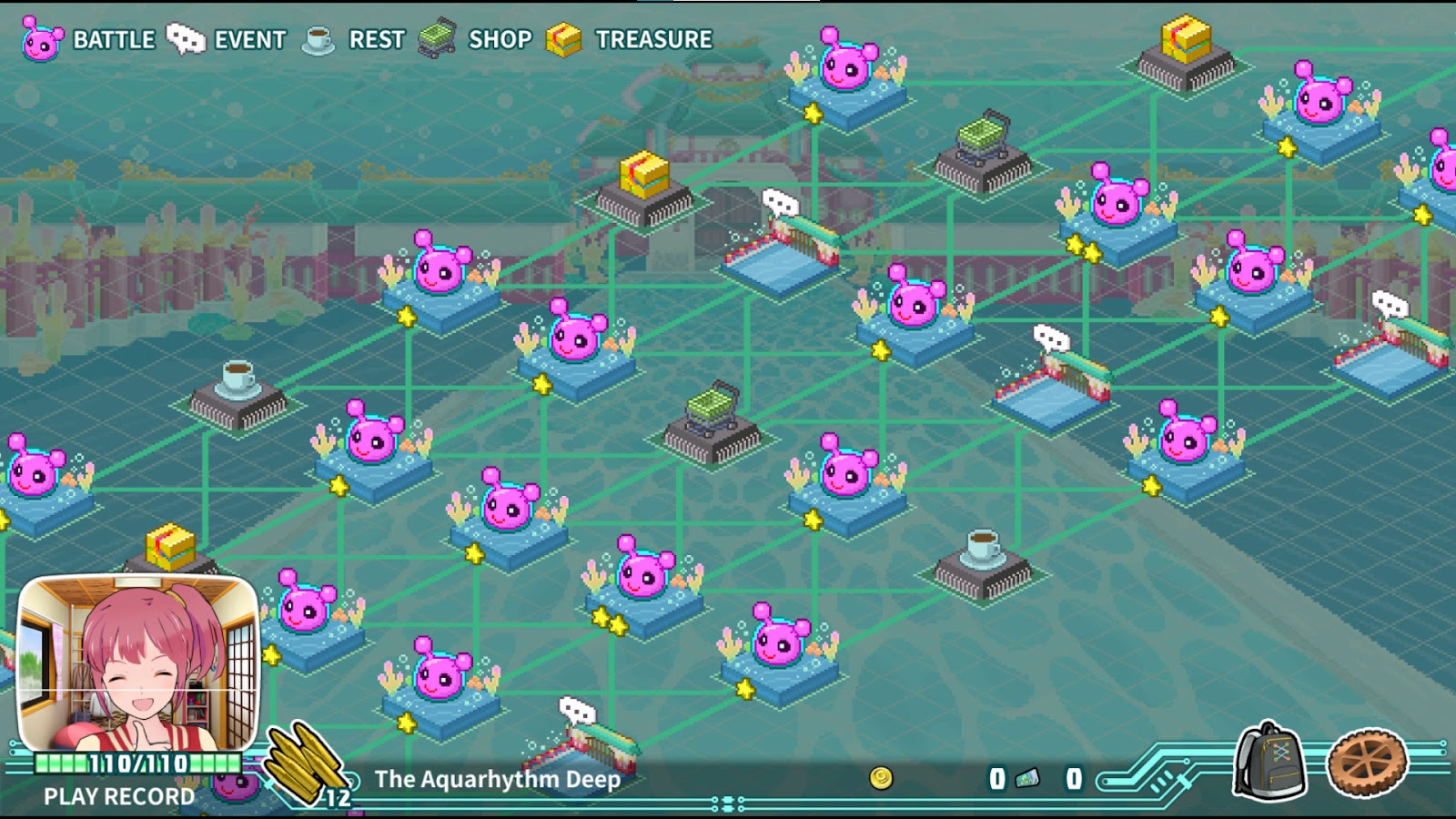 The roguelike elements come in the fact that death has you starting a level from the beginning with a fresh deck. Win or lose, you unlock new bullets and chambers that are added to the pool where you may recruit them on your next playthrough. As with any roguelike, expect to lose a lot. Expect to be restarting a lot and be frustrated if bad rng leaves you with a trash deck. Runs can feel unwinnable at times, while other times too easy. The balance is off and the first world is where this imbalance is the most apparent. Every world theme has cards that synergize to create powerful combos that can turn the tide of a battle. With the exception of world 1. From my experience, the first world was the toughest stage. It feels the most honest as a consequence, which made me feel a sense of satisfaction after completing it on my 7th try. I was then disappointed by beating the next 3 levels on my first attempt. To give myself a little credit, the game doesn’t have a tutorial and I did naturally improve at the game by this point. 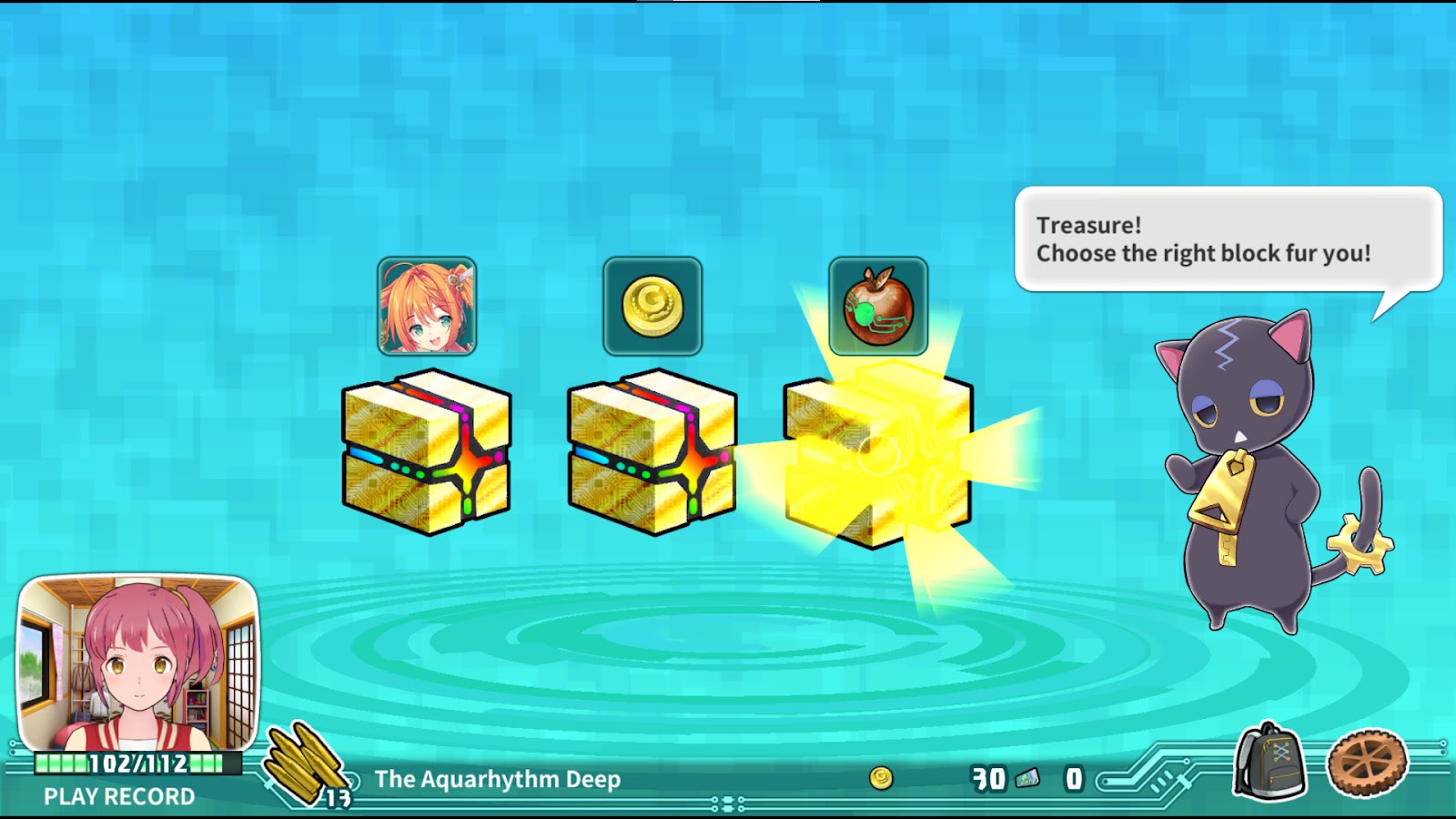 Super Bullet Break is a $20 game with about 160 cards and a stand alone product, a rarity for games of this nature. So I’m cutting it a little slack on the balance issues. It offers similar dopamine hits of a gacha game at no additional cost past the entry fee. It’s well worth a try for any card game fans looking to fill a weekend. It would also make a fun pick up and go portable experience, if it wasn’t for all the lewd anime girls. Play in public at your own risk, this obviously applies to the switch version, not the PS4.

Getting Pixel Ripped      Pixel Ripped 1995 takes the player on a journey to a magical time, being a kid in the year 1995. This game within a game has you step into the shoes of David, a young boy who just wants to stay home and play video games. The games are played on a CRT within the virtual space, as various distractions go on around you. Most notably is David’s mom, who is constantly trying to get David to put away the video games and play outside. This creates moments where you must put down the controller and create a real-world distraction to allow you to keep progressing in the game.           The games David plays in Pixel Ripped 1995 are heavily inspired by the most popular games of the era. You can expect to play similar games to Sonic, Zelda, Crash Bandicoot, and a bunch more. The games span the 16-bit era and touch a bit on the 32-bit era, but Pixel Ripped 1995 is not just a childhood simulator, there is an overarching narrative to the game.      Within the video game wor
Read more