Super Bullet Break is a turn based strategy game with a hint of roguelike elements all wrapped in a Japanese waifu exterior. I feel like that sentence is gonna tell most people whether or not they’ll enjoy this game. So let's talk about what makes this game different and stand out from a sea of games that have a similar description. The story is as cliche and presented in the most lazy way possible. Through static cutscenes and tons of dialogue, the characters even make references to how boring all the dialogue is, which doesn’t make it any less boring. But, you do get a handy skip option that solves this problem for those who want to get into the meat and potatoes of this game.  Super Bullet Break is broken up into 7 levels with unique themes inspired by different game genres. These themes have “bullets” that synergize to fight together. Bullets are what the games equivalent of cards are called. See each playthrough you begin with a premade deck consisting of cards, or bullets
Post a Comment
Read more

Arcade Paradise is part arcade manager sim and part arcade game compilation. You play as Ashley, a girl tasked with taking over her family's laundromat. Ashley sees laundromats as a relic of the past and the big money is in investing in an arcade, obviously this is a work of fiction. Anyways, her old man just doesn’t get it and is unsupportive and won't even hear her out; parents not believing in their kids and being proven wrong seems to be a common trope in video games today. Thus, you set off on your journey to win your father's love through capitalism! Club Sega wasn’t built in a day, that’s the first example of a famous arcade I could think of. Before you can start building your Arcade Paradise ™ , you must run the laundromat to build up your capital. This consists of washing and drying laundry loads, picking up trash, cleaning the toilet, and removing stray pieces of chewing gum. This nets you good money compared to a couple of arcade machines in the back room. Da
Post a Comment
Read more

Martha Is Dead takes place in 1944 Italy, A dark time in history serves as the backdrop for a story centered around twin daughters, Giulia and Martha, of an Axis general. The game has a narrative style that keeps the player on their toes and constantly questioning the scenarios playing out before their eyes. Martha is Dead has all the making of being a divisive game that garners a cult following, unfortunately a myriad of technical issues get in the way of the game truly reaching its peak.      Martha Is Dead is a first person psychological horror adventure game developed by LKA, a small 10 man team that previously worked on The Town of Light . It’s what some people would label as a “walking simulator,” as most of the gameplay consists of exploring the environment and interacting with objects. LKA does a great job of immersing the player in the world of Martha is Dead . One small touch that helps maintain that immersion is that most items in the environment can only be in
Post a Comment
Read more 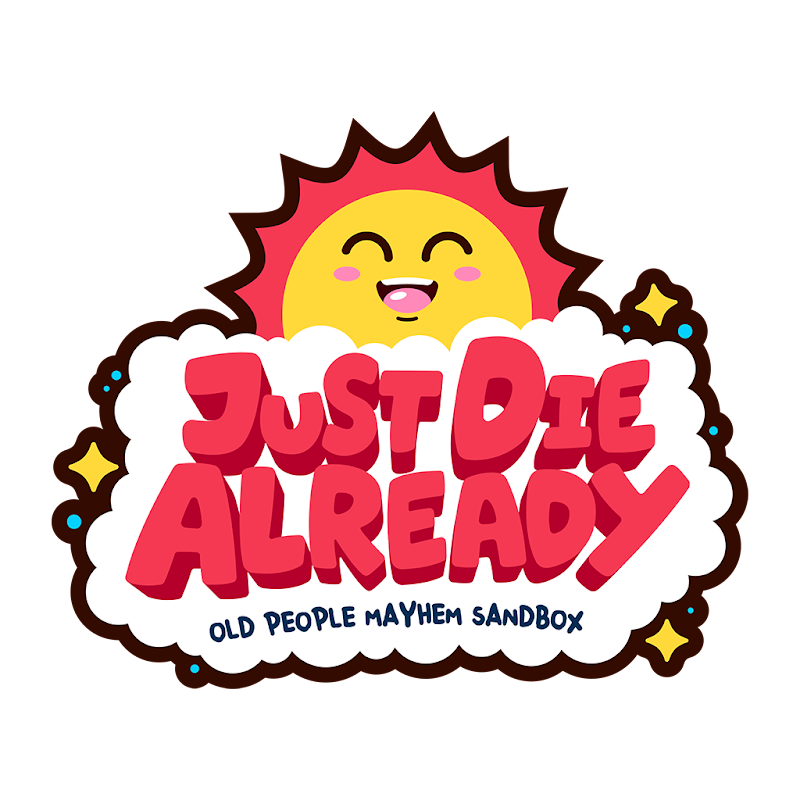 Just Die Already is a game where you choose an old person to play as and cause mayhem around a sandbox area. The best way to describe it is, goat simulator but replace the goat with a boomer. That sentence will be the best rundown I can give for those who have played goat simulator. Otherwise read on to get an idea whether or not this game is for you.    Once you select one of four old people to play as. Your character is free to roam an open area with loose goals and objectives. There are puzzles and items you can interact with to cause crazy stuff to happen, and unlock new areas and objectives. Everything feels optional past the 5 minute point. Once you’re dumped into the world, you’re on your own. The exploration is one of the strengths of the game. It feels refreshing to have no tutorials or a large arrow pointing you to your next objective.  Another strength of the game is in its humor. This can also be a weakness depending on your brand of humor. Slapstick comedy is the central t
Post a Comment
Read more

King of Seas is an open world adventure RPG where you play as a disgraced captain of a royal lineage who is exiled from their kingdom and takes on the pirate life. The game shares more in common with the classic Sid Meier Pirates series than the recently popular Sea of Thieves in the pirate genre. But can we expect this title to live on as Sid Meier’s classic has 20 years from now? Probably not, I gave you the general plot in the opening paragraph and that all happens within a matter of minutes. From there the storyline takes a backseat to the gameplay. You have a choice to do mainline missions and progress the story or do side missions and progress your level and ship. Mainline quests will reward you with a cutscene but that’s the only difference between the two types of missions. They are largely uninteresting and share the same framework, using about 4 or 5 mission types to make up the infinite amount of randomly generated quests you can take on. It’s a recipe for repetition, a
Post a Comment
Read more

Turrican Flashback brings the classic Turrican series to the PlayStation 4. This collection includes: Turrican, Turrican II: The Final Fight, Mega Turrican, and Super Turrican, but what the heck is Turrican? Turrican is a classic action game series originally released in the early 90’s on the Commodore 64, Amiga, and other obscure retro consoles you’ve probably never heard of. It was a technical achievement at the time and managed to gather and maintain a cult following to this day. The series has been dormant for a few decades now; can this love letter to classic action gaming entice a new audience?   As far as remakes go, Turrican Flashback is as barebones as they come. The new features added to these classics are what you would expect. You got filters and aspect ratio settings, save states, as well as a rewind feature. With the latter two disabling trophies, arguably the biggest addition. You’re not gonna find any fancy behind the scenes features or art gallery in this one. At lea
Post a Comment
Read more 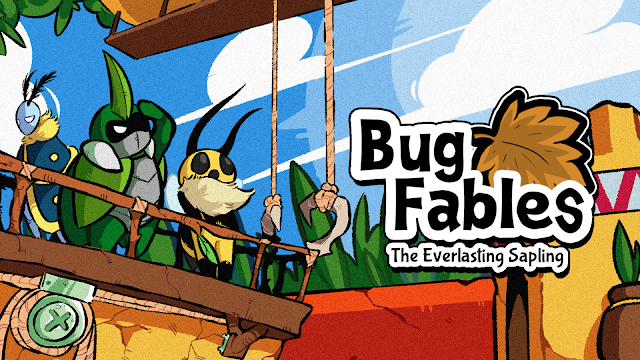 Paper Mario but with bugs (not the technical kind). Bug Fables: The Everlasting Sapling makes its inspiration obvious just from looking at a screenshot. The art style pays homage to the Paper Mario series and the rest of the game follows suite. The first two Paper Mario games were traditional paper turn based rpgs, and the series has shifted away from that formula since. Bug Fables sets out to create an experience similar to those early entries in the Paper Mario series. Any fans of the classic Paper Mario games will feel at home playing Bug Fables. Besides the art style, the combat will feel familiar right away. Your party has three characters who will be with you for the entirety of the game. You take turns attacking with each character having their own unique strengths and weaknesses. Each character fares better against specific types of enemies. A unique mechanic this game offers is the ability to give your attack to another character. The penalty is that each subsequent attac
Post a Comment
Read more
More posts