Look Back: The Golf Club 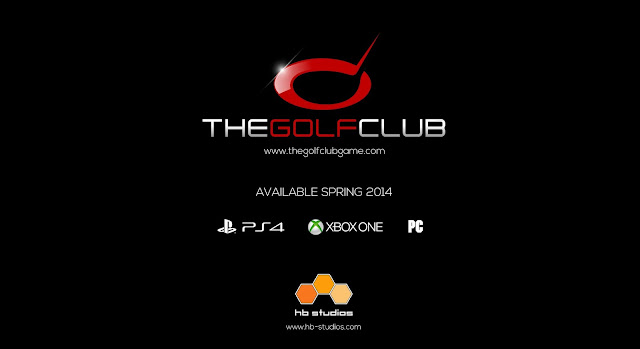 Three times a week and twice on Sunday I played The Golf Club. It wasn't an addiction or an obsession. I played out of appreciation for what HB Studios made. The Golf Club filled a particular void in my gaming life. It was challenging, rewarding, and a sports game that was truly trying to recreate the feeling of golf.

Most games nowadays serve up everything to the player. They guide you through the rules, like riding a bike with training wheels, and text pop-ups tell you what is expected. They hold your hand until you understand the objective and limitations. This is where The Golf Club is different. It was criticized for not having a tutorial or training mode but that's what I liked the most about it! It was pure and simple. You have to hit this ball, into that hole, with this stick. Here you go. Now do it.

The mechanics are so simple, yet so hard to master. Using the analog stick to perform a swing looks easy, until you try it. The first time is eye-opening. Most people who've played video game golf always reference Tiger Woods Golf. Don't get me wrong, I had a ton of fun playing Tiger Wood's Golf through the years, but it's not The Golf Club. Where Tiger Woods is the master of making everyone feel like they know how to play golf, TGC makes you feel like you have no idea what your doing. It's all about feel and precision. In TGC, birdies are earned and eagles are rare. It's on another level and can lead to frustration that Tiger Woods could never match. 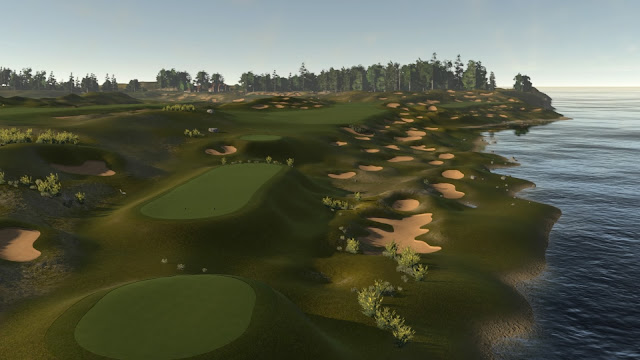 Another great feature of the game, is the fantastic course creator. Sure there's a few real courses (and a lot of fake one's out of the box), but where it really shines is when the community gets involved. Course creators have done an amazing job of recreating places like Pebble Beach or Whistling Straits. You'll want to play the legendary Old Course at St. Andrews or Augusta- just search for it. There is a seemingly never ending list of courses to play that keeps the game fresh.

In TGC you have to want to get better to really enjoy it. Playing for fun is one thing, but playing to get better is another. I treated all of my rounds like practice, trying to understand how each situation I found my ball in would play, and learning from every stroke. There were always questions coming up. How is the wind going to effect the travel of the ball? What is the length of the rough? Where is the landing zone? Is this the right club? Do I have enough length to reach the green? Do I have this shot in my bag? Am I in-between clubs here? Do I try to spin in back to the hole, or leave it short for an up hill putt? Can I stick the green? Should I do a fade or a draw? It's a never ending battle of decisions and calculations. 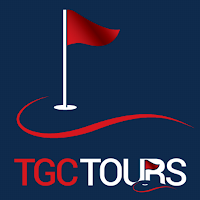 After a few months of playing I found TGCTours.com. The Golf Club Tours is a community site dedicated to running tours that follow the PGA, European, and Web.com very closely. Taking a page from TGC they dedicated themselves to earning a spot on one of the tours. It's a harder core way to enjoy a game that is already geared toward a hard core style. They have Q-Schools, which once complete, place you on a tour based on skill. You can then earn your way up or down to different tour tiers based on how well you play, with the ultimate goal of playing in the PGA or European Tours. The top tier tours have people shooting -20 on a regular, and that may seem outrageous, but after you play TGC for a while you begin to appreciate how skilled these players must be. At one point during the 2015 season, I was leading the CC-D or Challenge Circuit in points. I didn't have any wins, but my consistent play with 2 top 10's and 9 top 25's, made me a mainstay at the top of the points leaderboard. 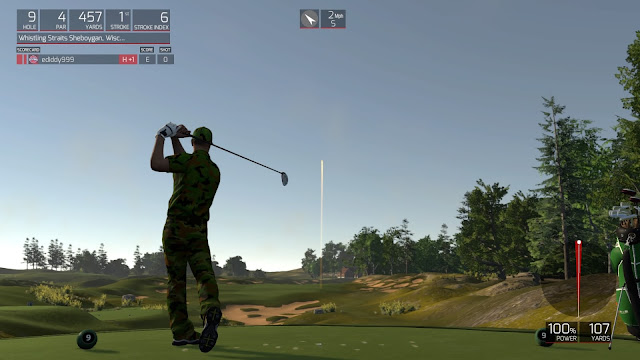 I've fallen off since the beginning of the 2016 season, and I don't think I'll go back to playing as much as I did, but from time-to-time I'll load up TGC and play a round. I get that rush of accomplishment  when I smash a perfect drive, stick it close to the hole, or drain a 25 ft putt. If you're a golfer and need something to fill those winter months when you can't hit the links, think about giving The Golf Club a shot. It can give you a lot of the same feeling like playing for real does, in a good and a bad way, depending on how you shank it.
LOOK BACK