What Does Battlefield Need To Be? 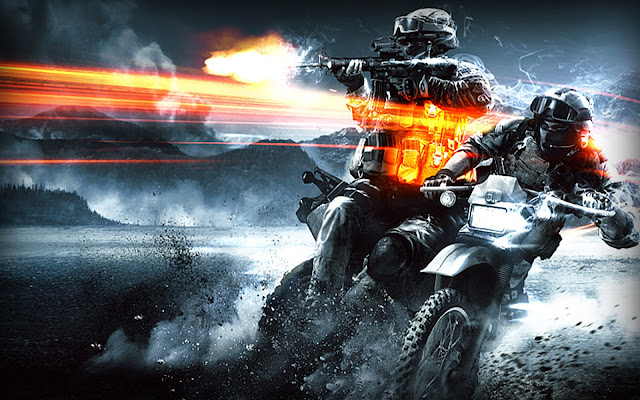 We're mere hours away from a huge Battlefield announcement and rumors are swirling all over the net. Some say they're taking it back to the World War era while others are thinking maybe an HD remake of the Bad Company Series. I'm here to break down what it needs to be and what it can't be.

They cannot jump the shark and go to space like COD. Battlefield, unlike COD, has always been known for its realism. They have never been about crazier, faster or just flat out absurd. The Bad Company series gave us destructible environments that solidified it as the goto franchise in the FPS genre.

They have to go back to what made us love the franchise in the first place. Gameplay that rewarded teamwork. The best memories I have of Bad Company were those moments where everyone in my squad was filling a role that led to execution of one goal. The moments when four individuals move as one like a flock of birds floating in the sky is harmony at the highest scale.

Sure Dice has made some mistakes in the past. I mean did anyone really like that Cops and Robbers thing they called Hardline? What about when they removed the ability to easily squad up with your friends in BF3? Companies make mistakes, but the best companies learn from those mistakes. I have faith that DICE is ready to bring the Battlefield franchise back to the glory days of Bad Company and when they do, I'll be ready!
COMMUNITY