For all the praise and hype Uncharted 4 has gotten I wanted to make sure that my readers could get the real truth about Uncharted 4. Here at ThePlayStationShow.com, we're not a bunch of corporate shills that are paid off to review games. We're gamers just like you. We put in a hard day's work and buy our games. We are the voice of the people and the people will be heard. 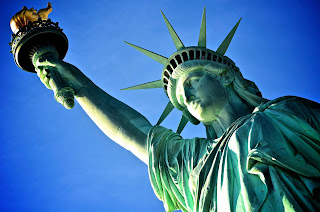 First off Uncharted 4 isn't a game. This isn't a thing you play. We are not children, with an action figure pretending to save the world. Games are for kids. I would never let Uncharted be referred to in that way. That would be like calling the Statue of Liberty just a statue. She is so much more than that. She's a symbol that represents a state of mind. When people look at Lady Liberty they stand in awe of her magnificence. She leaves a lasting impression on all those who gaze upon her grace.

What the moon landing did for man, Uncharted is doing for gaming: "one small step for man, one giant leap for mankind". Nathan Drake is this generation's Neil Armstrong. This is a pivotal moment in gaming history. Like a total solar eclipse of the heart, this is a rare point in time where everything changes.

Do you remember when Nintendo changed the landscape of home entertainment with the NES or when Sony launched the CD based system, the PlayStation? If you were there, then you were a part of history. That is the time in which we find ourselves now. Something that will be remembered and should be cherished, because these moments don't happen often. 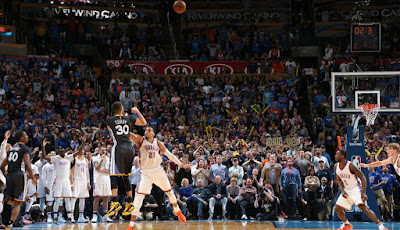 I like to watch sports. I consider professional sports art at its highest form. Being able to watch athletes execute at the highest levels is the same experience as loading Uncharted 4 into your PS4. It's as if you have a copy of Stephen Curry in the palm of your hand and all you have to do it click the start button.

Uncharted 4 is like visiting the Grand Canyon for the first time. You think you know what it's like, you've read up on it and seen tons of pictures, but that moment you finally lay your eyes on one of the world's wonders, you realize that you had no idea what you were missing. Uncharted 4 should be considered a national treasure.

*Full Disclosure: I didn't buy the game and I have not played it.