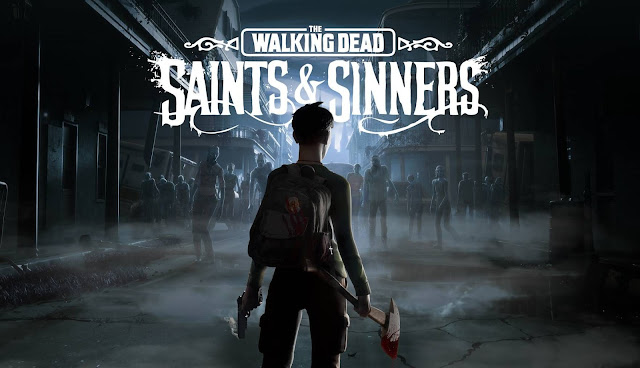 The PlayStation VR has been host to multiple zombie games. The wave-based score chase style game has been the most popular genre for zombie games in VR, with the occasional cooking for zombies simulator. Even in a crowded field, The Walking Dead: Saints & Sinners manages to stand out from the rest.
The Walking Dead: Saints & Sinners recreates the survival aspect of the post-apocalyptic simulator. While killing zombies takes up a portion of your time, it does not take up most of your time. A majority of the game is spent exploring and scavenging supplies. You collect common everyday items that you can opt to break down into supplies once you reach your home base. The game plays in an open world format with a central hub. There’s active time and limited resources. With each passing day the resources get scarcer, while the walkers grow in numbers. With limited time in each day, the player has to make the decision of thoroughly clearing out a house or checking the area for hidden locations or homes to scavenge in a future run. The maps spawn with similar locales with slight enemy or supply changes based on special events you learn of over your radio. This helps the player learn routes or know what supplies to bring for their run. 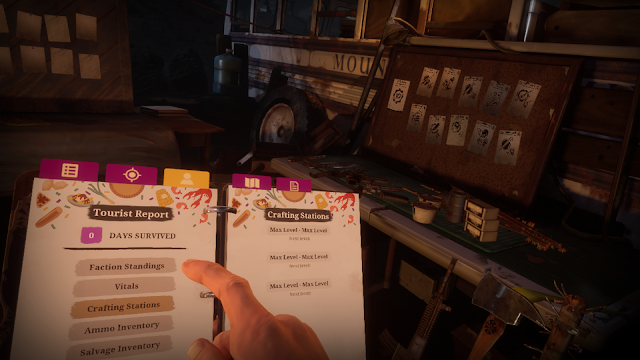 So, what are all these supplies for? Well, there’s multiple skill trees to level up that will help increase the players chances of survival. This opens new crafting possibilities in weapons and healing items. There are alternatively hidden recipes that can only be obtained by finding them in the world. Other items are needed to progress the story.
The story takes place within The Walking Dead universe, with that said, no prior knowledge of the universe is needed to enjoy the game. The only important thing to know is that everybody is infected and will turn if they die. So, make sure to destroy the brain of enemies defeated by gun shots. Besides this, the story stands on its own. Not to say the story is a big selling point here. There are moral choices and dialogue options, much like the Tell Tale Walking Dead series, but the focus of the game is not that. The characters have little development and the world feels more isolated for the player. Most communication with other characters is done over radio communication or letters. I found myself wishing I could skip dialogue to get back to the scavenging and zombie killing. 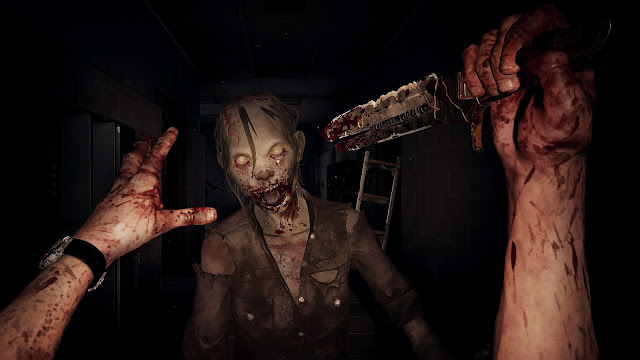 Killing zombies is fun in this game; the melee combat works well, but the gun play can feel lackluster. Accuracy was a problem for me, especially with the bow and arrow. I had to use the bow and arrow like a close ranger shotgun to hit anything. One high point is that each firearm feels incredibly unique in how it is used and reloaded. Manual reloads make for stressful firefights that usually result in me dropping my gun and opting to run in headfirst into gun fire, for a melee kill. Stealth is also an option although I tended to use it for information collecting runs more so than scavenging runs, due to the limit of time in a day. The stealth is not very realistic. Some enemies will not react to intentional noise you make to distract them and their vision of you depends on whether you are crouching. An enemy staring at you from 2 feet away will need time to register your presence if you are crouching. This sort of interaction hurts the immersive experience but is a gameplay choice that I ultimately abused to progress through the game. 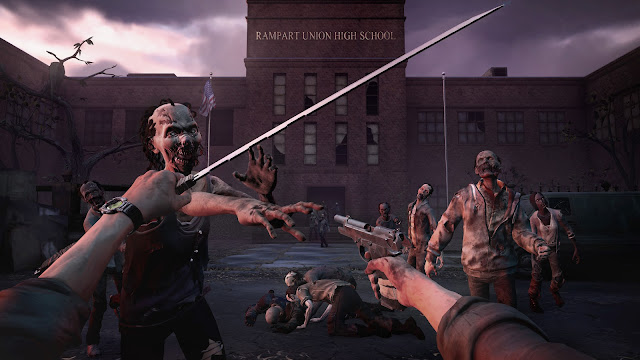 The Walking Dead: Saints and Sinners is one of the most impressive VR titles on the platform. The motion tracking is some of the smoothest I have experienced. The game will keep tracking the player even if they have managed to end up completely turning away from the PlayStation camera, and will never warn the player of losing track of them. This helps the immersion of the game but may result in injury. I often lost track of where I was in my physical space and one of my swings landed on a wall or ceiling fan. I made sure to regularly check my surrounding from then on. The Walking Dead: Saints & Sinners sets a new bar for VR games and what is possible on the PSVR. It’s an adventure well worth the price.