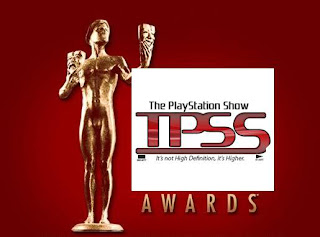 The 2012 Showies were everything I dreamed it would be. It was a night to be remembered.

So much happened. We had an impromptu reunion show in Segment 2 when Hamster and Austin D joined us for a one time only appearance. There was also an hour in which ediddy disappeared and FireVader happened, which was thankfully edited out to be released sometime in the future.

All of this and much much more. It was amazing and I would like to thank TpSUK, The Boom Podcast, BZTP, The FireVader Reviews Podcast, ThePlayStationShow.com Podcast, Everything Burrito, The TPSNFL Update and the Community for a great year and a great Showies.

Oh and the winners of all the categories were announced. Spoilers below.

Overrated Game of the Year
Battlefield 3 after Premium - 56.1%