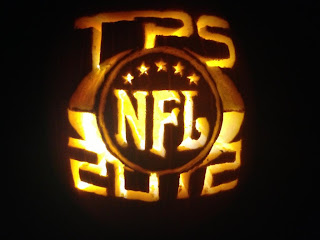 1.(2) Team Franchise
Team Franchise puts up their third 100 point performance in the last 4 weeks, the one week not doing it Marshawn Lynch was on a bye and they came up 2 points short of 100.
2.(1) Team Bowser
A Nail Bitter win for PSAddiction this week as Tom Brady and the 49ers D/ST put the team on their back. In the playoffs they will look to prove that RBs don't matter.
3.(3) Straight Trash Homie
Straight Trash Homie is suddenly the deepest team in the league, with great depth comes over thinking. Will the Homies choke with all this new found depth?
4.(6) I Am Not A Racist
A Racist is the leading scorer of the week with their 3rd straight win and their league leading 5th 100 point performance of the season. They're quietly a favorite to win it all.
5.(7) TPSS Bros
6.(4) TPSNFL Bums
The Bums find a way to win ugly again. They have 1 legit WR and 1 legit RB. Since his 31 point performance week 4Brian Hartline has scored 29 total points in 8 weeks. If Maurice Jones-Drew doesn't return soon the Bums are in dangers of getting knocked out early in the playoffs.
7.(5) Mexico Brownies
The Brownies have picked a bad time to be hit by injuries with their top 4 WRs all hurt. Combined with having the toughest schedule in league history and having 100 points scored against them for a record 6th time things are looking bad for the Brownies. There's been 31 100 point performances this season, 10 have either been by the Brownies or against the Brownies. In a 14 team league the Brownies are involved in 1/3 of all 100 points performances. To compare, the other 3 teams fighting for the last playoff spots (Ruff Ryderz, Bro's, and Tomaterrs) combined for 9 100 points perfomances for or against.
8.(8) TPSN Ruff Ryderz
Mark Ingram,Jonathan Dwyer, and Antonio Gates what do all these players have in common? You probably dropped them, and they're all starting for the Ruff Ryderz. Jonathan Dwyer? Really? The leading running back in the 4 headed Pittsburgh running game known as the Fumble Factory. The Ruff Ryderz are a landfill of bad football players, and this is the starting lineup, I'm afraid to even look at the bench.

9.(9) MISMANAGED TOMATERRS
The TOMATERRS somehow find a way to lose yet again. Don't get me wrong, they're a very bad team but they've been in situations to fraud there way into a good record but just haven't capitalized.
10.(12) aesculus glabra
Glabra pulls off their biggest win of the season this week over the Lazy Kings to avoid being the worst team in the league.
11.(10) Team Chuck Norris
Texans D/ST picked a bad time to start sucking, Chuck Norris' biggest strength early in the season is now their biggest weakness. Still got a punchers chance of making the playoffs.
12.(11) Team CANADA
Team CANADA is finally eliminated so I don't have to write anything about them. Another All-American playoff in the TPSNFL, the way it should be. USA! USA! USA!
13.(14) Team WinRawr
14.(13) CONCORD Lazy Kings
One of the deepest free agency pools, you got the #1 waiver pick and you come away with. Jake Locker, Lance Ball, and Michael Jenkins. In Defense of Pantera he didn't actually put in a waiver claim for these terrible players, he instead made no waiver claims and picked up the trash leftover after everyone took all the good players.
Pick'em Games:
Indianapolis Colts(7-4)at
Detroit Lions(4-7)-4.5
Cleveland Browns(3-8)at
Oakland Raiders(3-8)-0.5
Philadelphia Eagles(3-8)at
Dallas Cowboys(5-6)-9.5
New York Giants(7-4)at
Washington Redskins(5-6)+2.5