Sometimes you just want to go back. Reminisce about the way things were. Grab a stick and just start shaking it at people younger than you. Maybe you cuss under your breath at someone that has their pants down to far or yell "damn kids" when they drive past your house too fast. Sometimes you want to experience things the way they were. 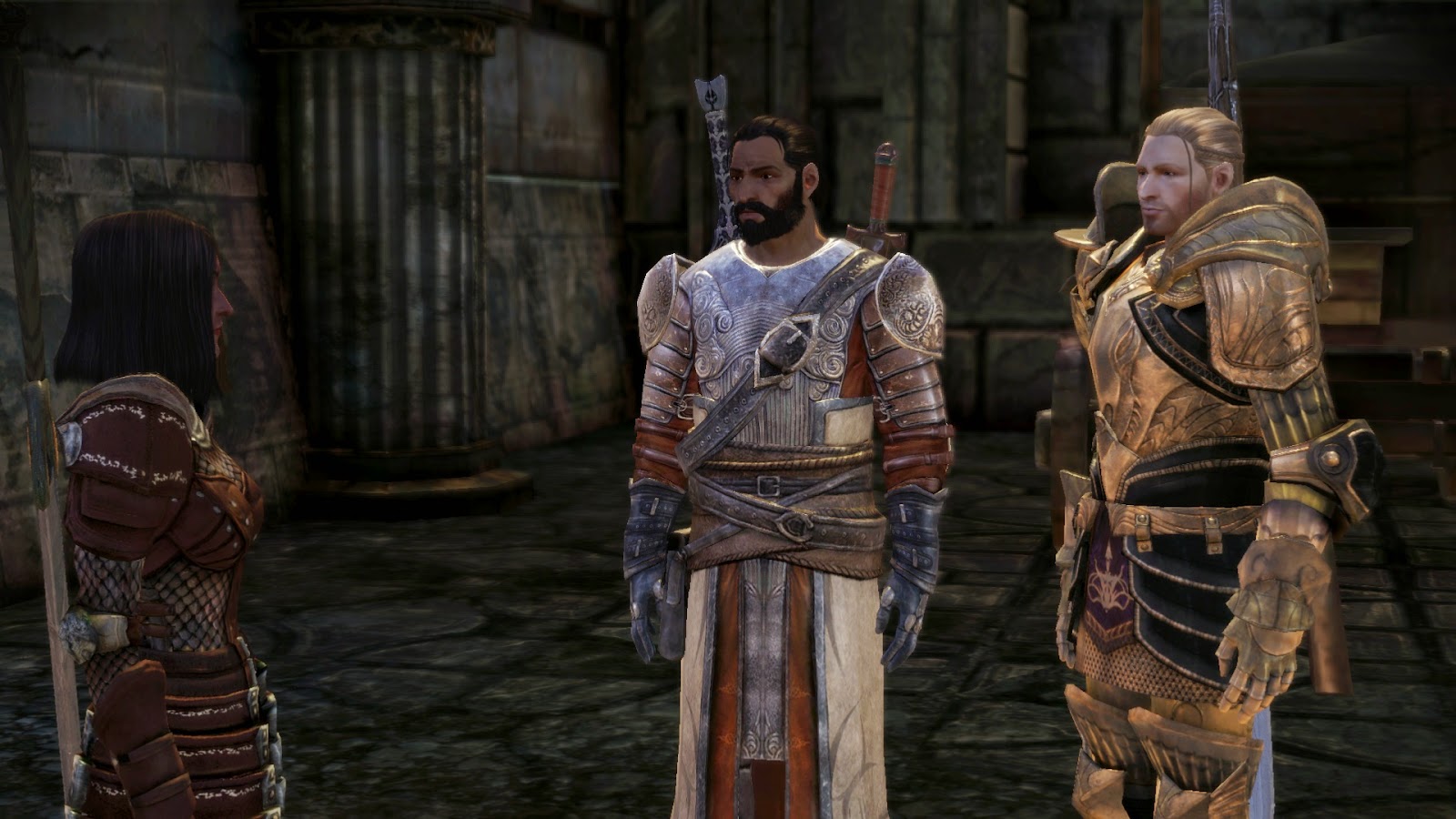 I was feeling a little 2009 the other day and decided to load up Dragon Age: Origins. It had been a very long time since I had played it, and with Dragon Age: Inquisition sitting on my shelf freshly opened, I thought of an idea. Let's take it back to the beginning. Let's go back to where it all started. Who wants updated graphics and modern controls? Not this guy. Give me old and busted any day. 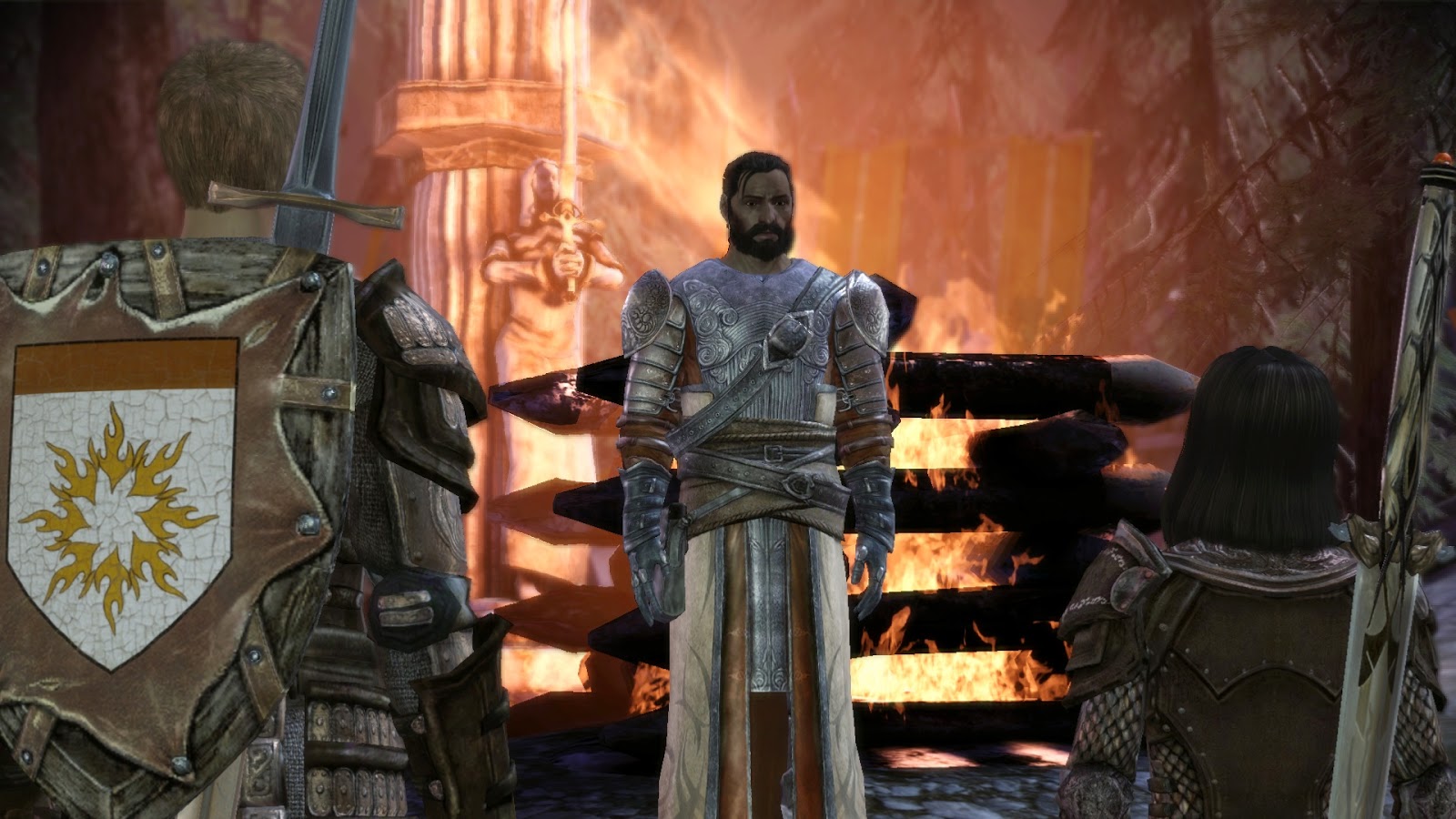 Now my copy is a super legit piece of software. It's not like I fell onto an Origin glitch that was letting you buy $19.99 games for $Free.99 with a $20 coupon. And, it's also not like I used that glitch multiple times. No, it's not like that at all. 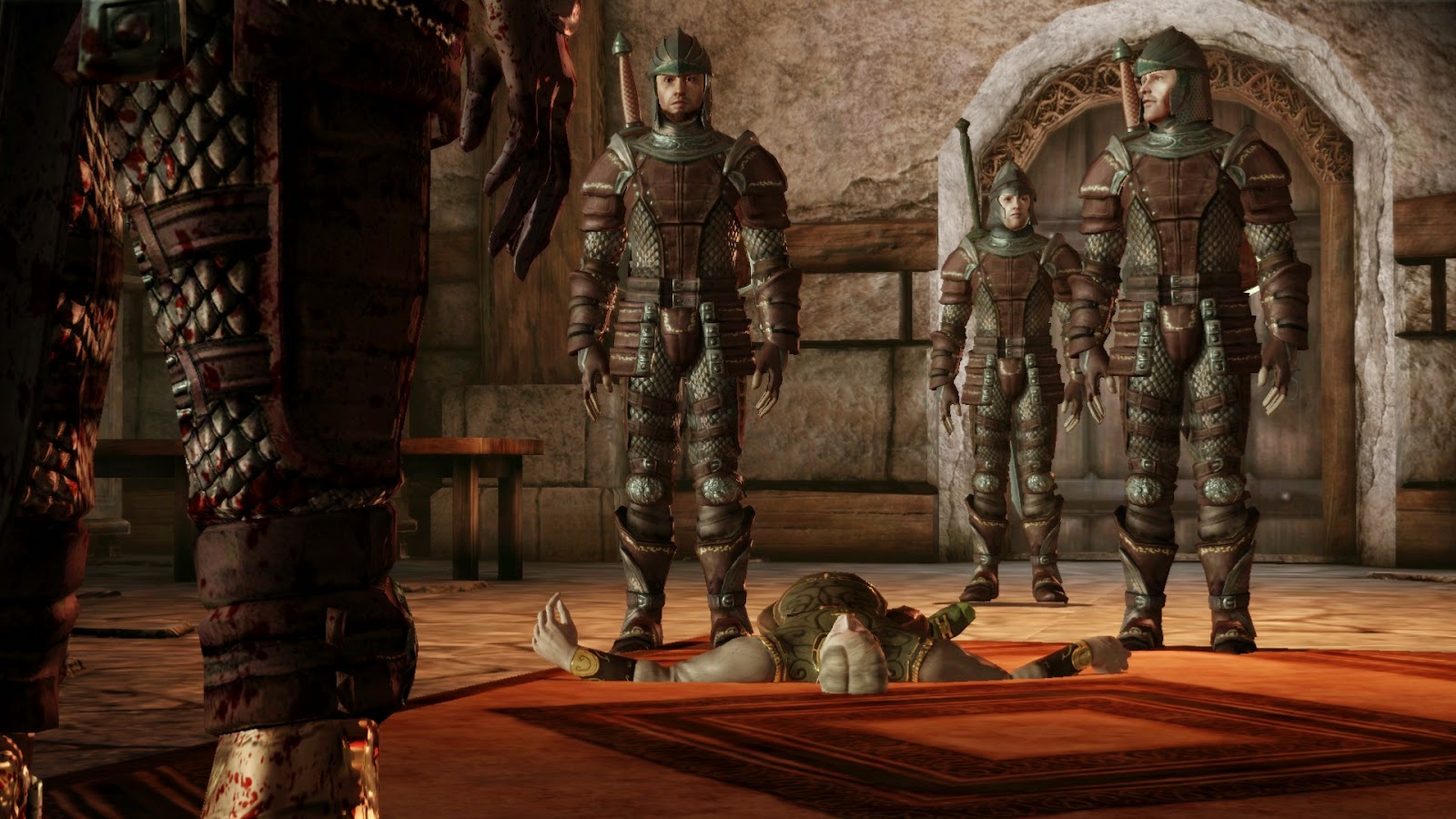 The copy I OWN is the Ultimate Edition. That means that I get EVERYTHING!!! Or so I thought. Here I am going through the prologue with my Human Noble. Just having a grand old time scolding my dog and hobnobbing with other well-to-do peeps. After a few bottles of wine I figure this isn't they way to play Dragon Age. I need to be an elf and not any elf. I need to be a city elf because city elf are 2nd class citizens. I need to be oppressed. I need to be treated like dirt and let that fire burn. Let that rage fill. I need to almost get raped . . . wait what? Never try to bend me over for fun, because anyone who does, is about to get a Quietin Tarantino movie up in this mother. That's the way Dragon Age is supposed to be played. Know your role and play it. 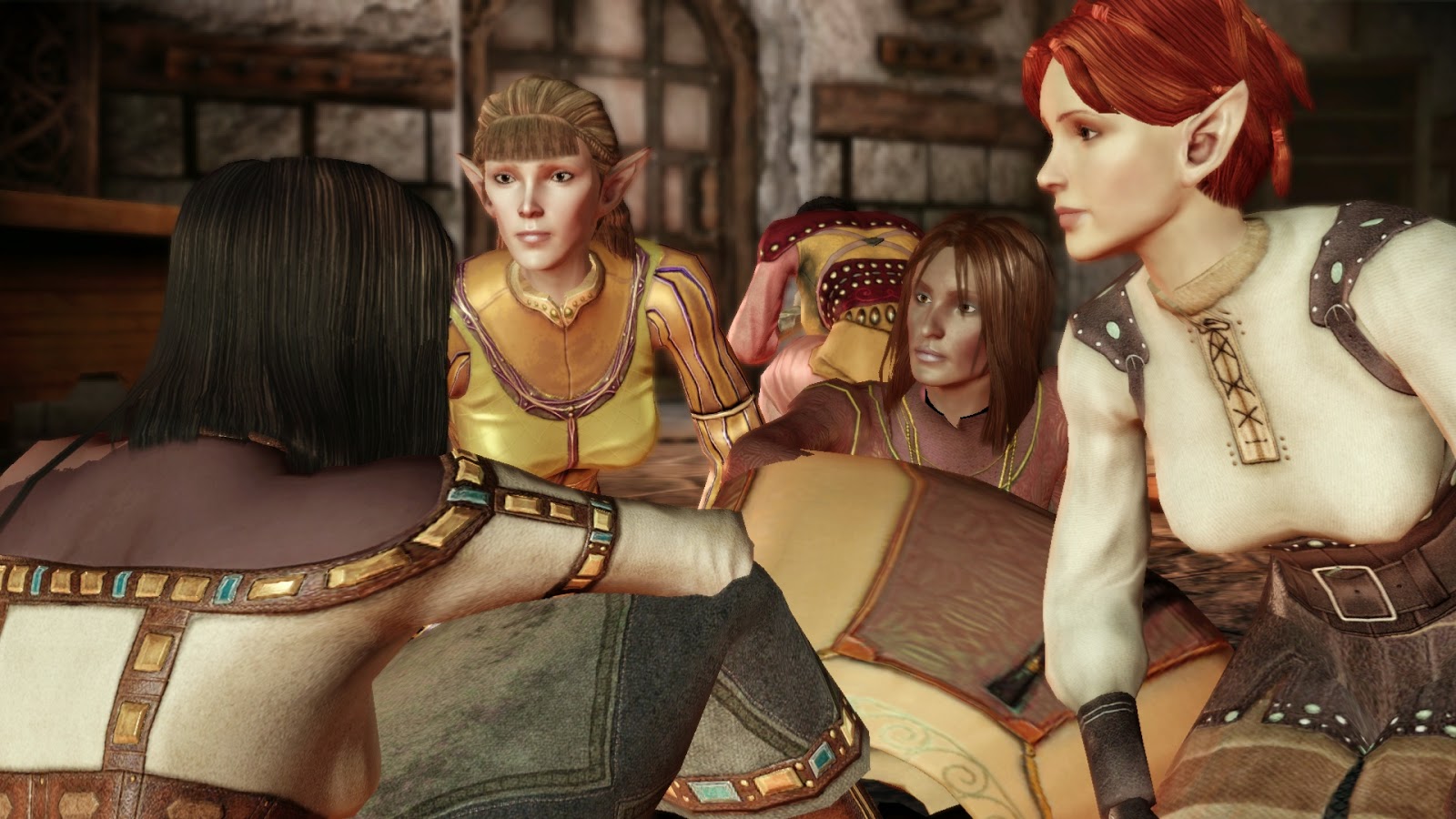 So, I'm about 5 hours in, just a slaying every racist human I can find when I realize something is missing. How do I do the DLC??? Wait a minute, where do I find the DLC??? The humanity, the DLC is not there. The next 8 hours of my life are a tale all unto itself. A long story short, the DLC is broken in Dragon Age on the PC. There are all kinds of ways to fix it, but you need to find exactly what your situation is to do that. I read this FAQ, and watched that YouTube. Then checked these forums and read those comments. Finally at around hour 7, like an angel ascending from the heavens, and answer came. Someone had the exact problem I had. It was like we were Eskimo twins. That works right, ah whatever. So after 7 hours of trying everything that didn't work, within an hour I had a fix that did. 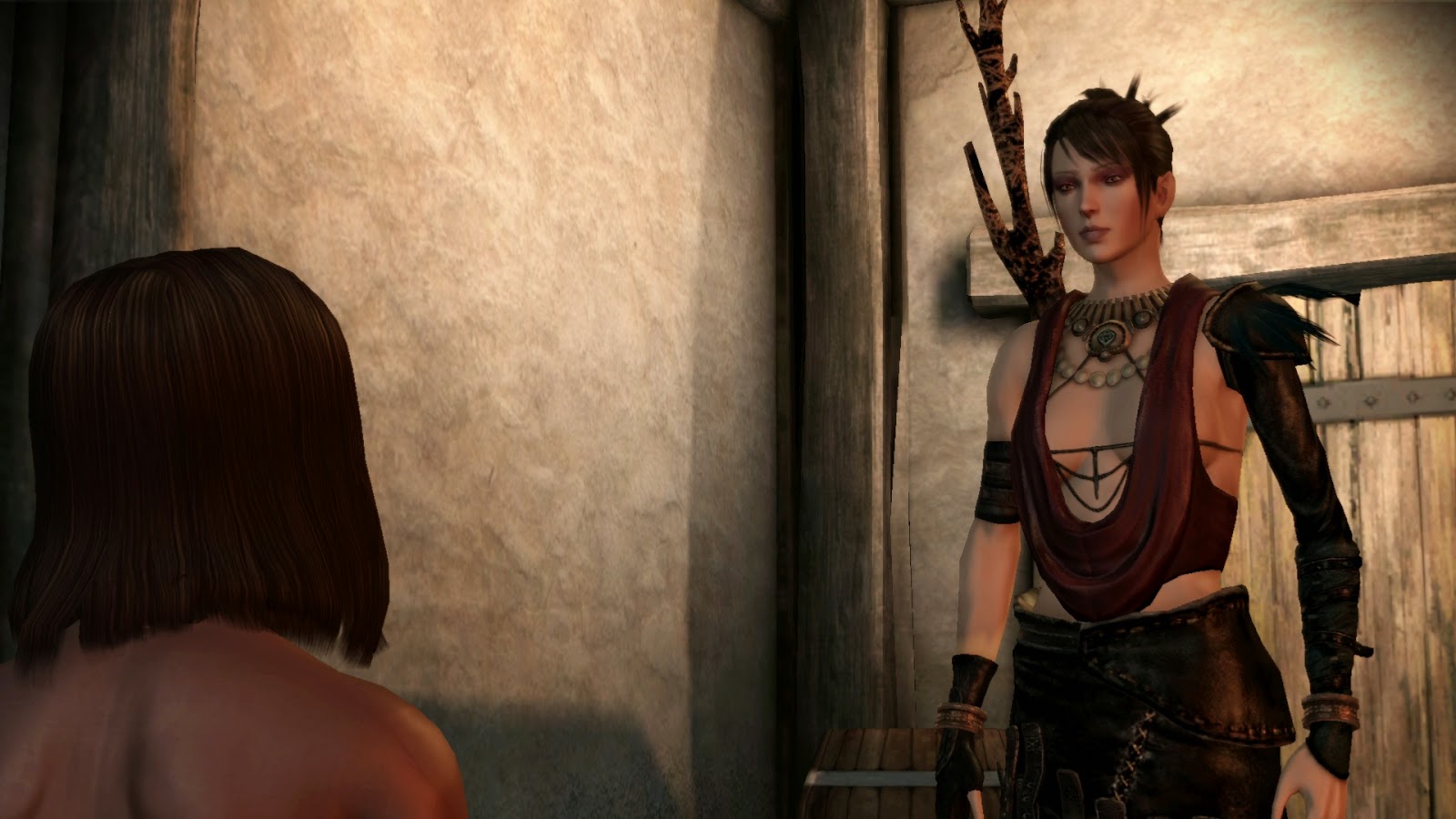 I mean this is the true Dragon Age experience. If I would of had the DLC maybe I get bored and stop playing after a few hours, and never go back. Not now, oh Hell NO, NOT NOW! This game is gonna get played and it's gonna get played hard. I'm not gonna put more hours into making the game work than I do playing it. That ain't happening.

Sometimes you gotta go back and then 8 hours later you get there.